This has been another week of excitement, exhilaration, and exhaustion while working on SARS-CoV-2 projects at ONI. Doing experiments directly related to the pandemic is motivating, and I have noted that I find it easier to work 80-100 hour weeks on this project than 60-70 hours weeks on previous projects. I am very thankful to work with such an inspiring team, as well as to live with supportive friends. In the fourth week of this project, the sustained effort is also made possible by prioritising good diet, regular exercise, and making time for reflection and meditation.

While my week is dominated by the pandemic, I’ll share three moments unrelated to COVID-19. As I was drafting this post, I had a failure of discipline and did not get it out on time. I shared my new job title on LinkedIn. I attended an online interactive performance of The Tempest.

The problem:
This post is a day late. I am disappointed, having managed to deliver on time for the past several weeks, and I felt the resulting introspection was worth sharing. I had enough time to write when I returned home on Sunday evening, but found myself falling into bad habits of procrastination I had hoped were gone. Surprisingly, the lack of resolve came not after a day of exhaustion, but one of relaxation. A day of Easter feasting, an absence of physical training, and only minimal experimental accomplishments left me lacking confidence to express my thoughts. When I could have been writing, I squandered time to distractions like YouTube and chess, sacrificing both a timely post and precious sleep.

A potential solution:
I have noticed a psychological benefit from completing 30-60 minutes of intensive indoor rowing. There are several points (usually at around 7 minutes and 20 minutes in) during these efforts where the temptation is to give up and stop rowing. The spartan rhythm of the exercise, and the absence of visual stimulation, are a backdrop for a battle between falling to weakness of will or building strength of discipline. I have found that days where I see the piece to the end, I am not only rewarded with exercise-induced endorphins and the satisfaction of completing the session, but also I find it is easier to see other tasks in my day to completion. Likewise, if I quit before finishing, it makes failing other tasks more likely. Either practising pushing through pain, or practising giving up when things are hard, reinforces the behaviour. Knowing this, I can focus on succeeding in the present moment, spurred on by recognising it will make the right choice easier in future. This knowledge also feeds into setting appropriate goals: goals which are impossible guarantee falling into a negative feedback loop.

Where else I want to apply this:
There are many brief moments through the day when I could learn a little, or train a little, or communicate better, or help someone. Sometimes I make the right choice, but often I throw that moment away in favour of consuming easy content (e.g. checking sales at an online store) or narcissistically checking for “likes” on social media. I should recognise that by building better habits around these moments, I will find it easier to do the better things. A little discomfort now is worth the behavioural change in the end.

This week I announced my new job title as “People Growth Engineer”. Given the current pandemic related work, I am still applying my skills in the laboratory, but eventually the role will see me focus on the people of ONI rather than wet bench experiments. I am excited at the opportunity to contribute in a new way, driving growth throughout the organisation. I like that the unique title reflects my own passion for a scientific approach to continual learning and personal development. Specifically, the growth I will be engineering for ONI exists in three overlapping areas:
1. Growing the team through identifying the right people to join ONI.
2. Growing existing ONIees (ONIemployees) through individual skill development.
3. Cultivating a culture and fostering a common mindset that allow us to achieve our mission.
More detail to come as I transition into the role.

Over the long weekend I attended Creation Theatre’s performance of The Tempest via Zoom. I thoroughly enjoyed the interaction with the audience and actors, and the fun retelling through modern technology. Initially I was sceptical about setting aside time in this busy period for a play, but the life and laughter I took away from it gave me more joy than I would have expected from any other down-time. The actors involved the audience as Ariel’s spirits, acting out Prospero’s magic. Seeing other audience members on their web-cameras provided a good substitute for in person socialising in this time of social distancing. The humour could be a little cringe worthy at times, but taking Shakespeare playfully feels both authentic to the spirit of the comedy and makes supposedly high culture more accessible.

Photos from the Week

Short version: Intuitions about how we look at data. Taking small steps with code. Art at the Tate Modern.

This week I have been processing some experimental data and realised how the same data can be plotted in seemingly different ways. Often looking at the numbers themselves can be challenging, particularly if there are hundreds of points with multiple values at each point. For this example we take some simple data about income distribution in the UK. The numbers alone are accurate but making inferences takes consideration and a little mental arithmetic.

A linear column chart is the simplest and fastest way to visualise the data in a spreadsheet program (excel, google sheets, open office calc). It shows the 99th percentile as much larger than the other values, and the increases seem bigger between the higher percentiles.

Taking a logarithmic plot makes each step along the distribution seem more even, but the 99th percentile still seems noticeably larger.

But by changing the minimum axis value on a logarithmic plot the distribution seems much flatter overall.

And we can go to the opposite extreme, by plotting a pie chart the high income earners (top 1%) seem to take a massive share of the pie.

I am not proficient in code, and find that embarrassing. That is an odd statement, I’m not proficient at many things (skateboarding, Portuguese speaking, cello playing) but few of those things cause me to feel embarrassment. Technological proficiency, unlike skating or playing a string instrument, is a part of my identity, and I feel that being able to code (or at least write basic scripts) is a part of being good with tech. When I go to write code, I am confronted by the gap between what I feel my skill should be and where my skills actually are, which is uncomfortable. Moreover it causes me to hide, refraining from asking for help, and I end up doing things in a slow and repetitive way. To push back against that urge, here is an attempt to write a simple python script to extract folder information from a directory tree.

Photos from the week

From the Tate Modern exhibition by Olafur Eliasson 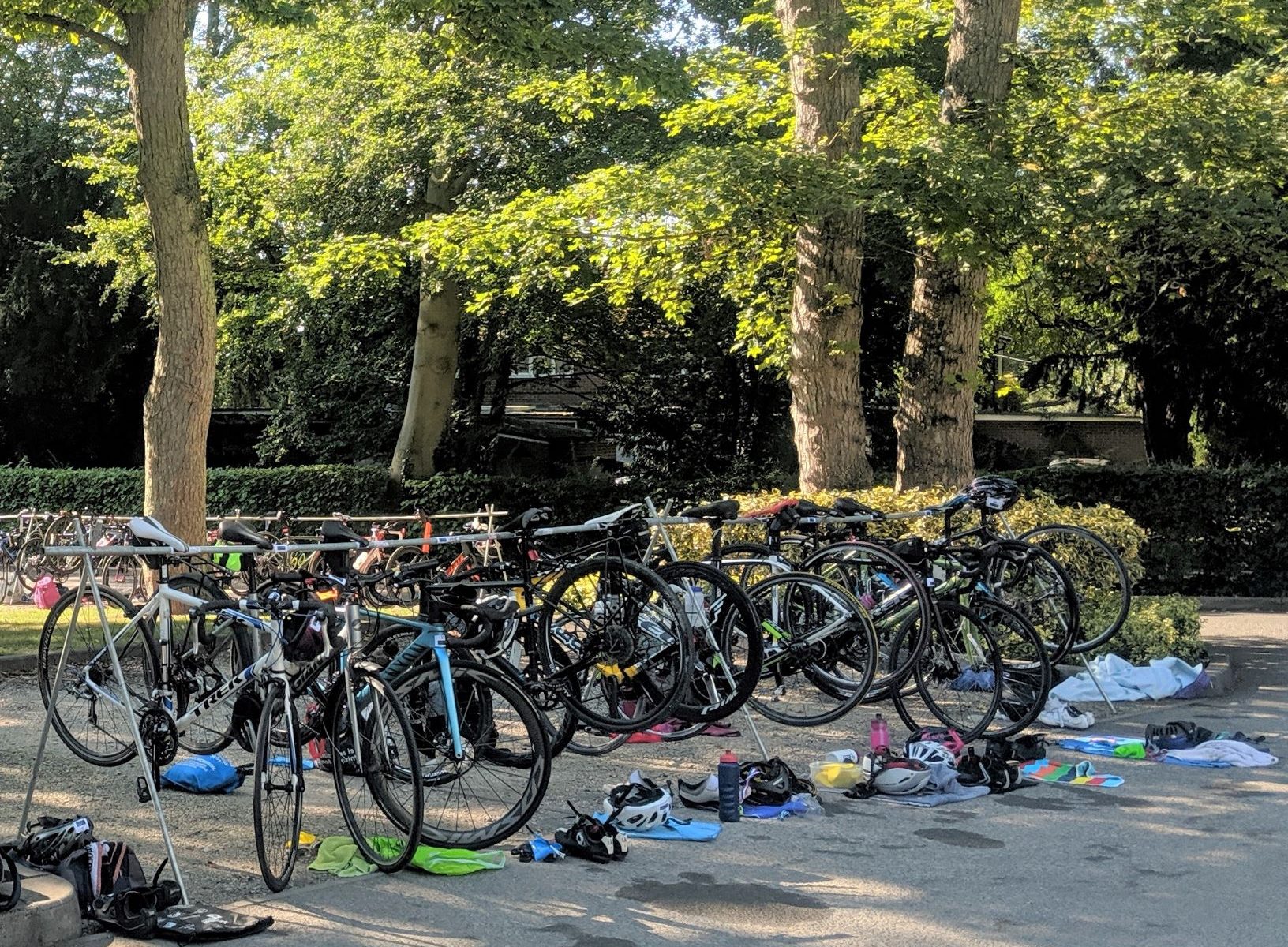 Short version: Back to work. Jocko’s letter made me cry and that’s OK. First triathlon, went fine. Sriracha sauce as a spaceship.

I returned to work this week after taking nearly two weeks of holiday. I continue to find it odd that when I am busier I also get more done, but I also suspect that is the combination of routines and inspiring colleagues. The ONI band is practicing more often, and live music provides a wonderful reminder of my family home. Hearing from others about their successes both in work and outside it creates some envy, but also motivates me to strive to make more out of my time.

Something that made me cry

At the end of my holiday I took some time to reflect on the past year, including when I experienced particularly strong emotions. Often in a professional context it is appropriate to suppress emotions, and it is also common that men feel the need to project a stoic facade at the world. In the past I have taken this too far and lost awareness of my emotions, which is detrimental. I still feel generally we should act out of reason rather than emotion, but we should also be aware of our emotions and use their patterns to guide our understanding of ourselves. To this end, I wanted to share this letter written by a Navy Seal to his daughter. It left me feeling a powerful mix emotions, seeing aspects of myself in both the father and the daughter. It left me in tears.

I took part in my first triathlon on Monday. It was fun. I’ve written a race report you can read here.

Social media is often an echochamber, but there are opportunities to find new ideas. This week I came across spacegooose who imagines everyday items as spaceships, e.g. Sriracha sauce.

Photos from the Week