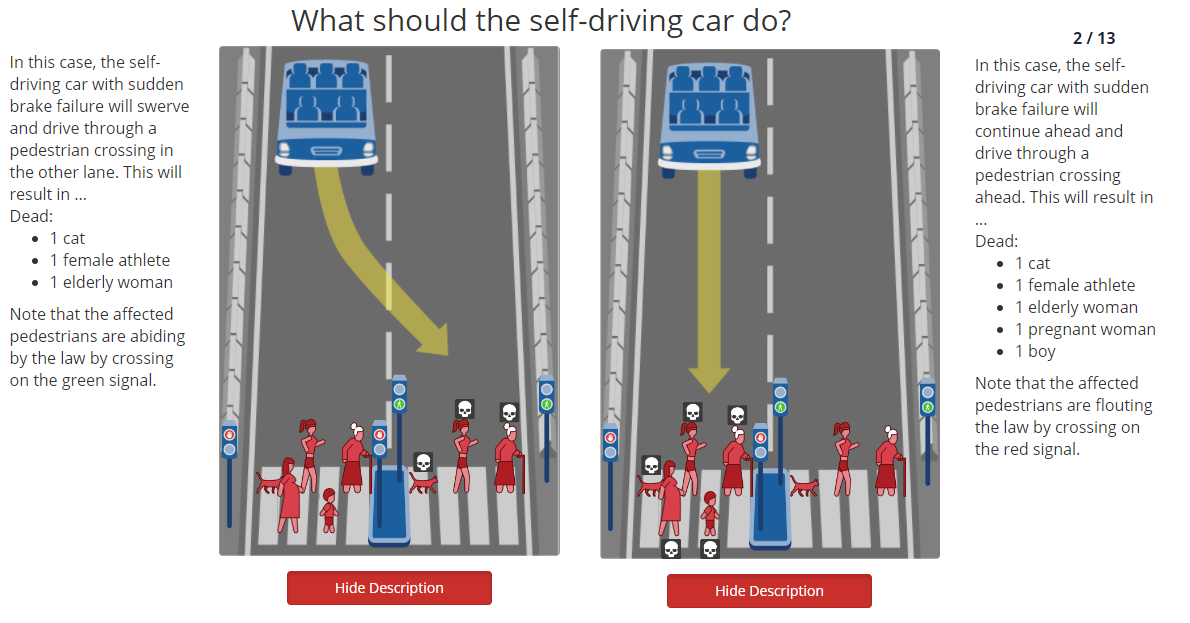 There isn’t a unifying theme this week, just a mixture of things I’ve been thinking about.

Trolley Problems
Last night I attended a Raclette party and over deliciously melted cheese enjoyed conversing with American, British, Chinese, and Swiss friends. For most of the world, the prevalence of guns in the United States of America is frighteningly alien, and I recommended an episode of the podcast More Perfect about the history of the  Second Amendment which I found fascinating. Following speculation about situations where someone might use a gun, the discussion became a more abstract consideration of the trolley problem (there is also a relevant Facebook meme page).  I find it interesting that most people adopt the utilitarian perspective in the more foreign situation of pulling a lever to move a trolley, but if you reframe the decision where the actor is a doctor, the 5 are suffering failures of 5 different organs, and the 1 is an unknown backpacker come in for a check up, people find it intuitively more difficult to take the life of the stranger in the more familiar context. Perhaps this is an intuition about the risk of organ transplants making the lives of the ill less valuable than the life of this healthy traveller, or perhaps it is something about breaking the trust that the traveller imbues in the doctor. Clearly the characters tied to the tracks have no such relationship with the lever operator. One way in which this discussion is particularly timely is in considering self driving cars, who will need these decisions programmed into their code ahead of time. This MIT app lets you make judgements of such moral dilemmas, then gives you some feedback on your preferences, and you can even invent your own (the associated paper is here).

British Library
This week I visited the British Library. Each time I go I am struck by the scale of legal deposit. The system guarantees the British Library will hold a copy of every book (and some other text types) published in the United Kingdom, which some quick googling suggests is around 500 books a day, every day of the year. It can be confronting, particularly when I feel relatively poorly read, that such an unceasing torrent of new material is being created daily. Another perspective is several hundred hours of Youtube video are added every minute. In a world where there is so much information, it is a good reminder to treasure each unit of attention one has, and to invest it wisely. I hope, dear reader, you feel this is worth your time.

Motivation and Mental Health
This week I felt the first few cracks of trying to squeeze as many productive hours into a week as possible. On reflecting, I am reminded that positive feedback is important, and low motivation can be the result of too much focus on the negative. Setting up for “easy wins”, where you are able to make progress without much difficulty or excitement, can help build momentum to tackle more difficult tasks. I also need to improve sleep hygiene, checking the bright light of a smartphone in the middle of the night is not aiding rest and recovery.

Writing from the Radcliffe Camera