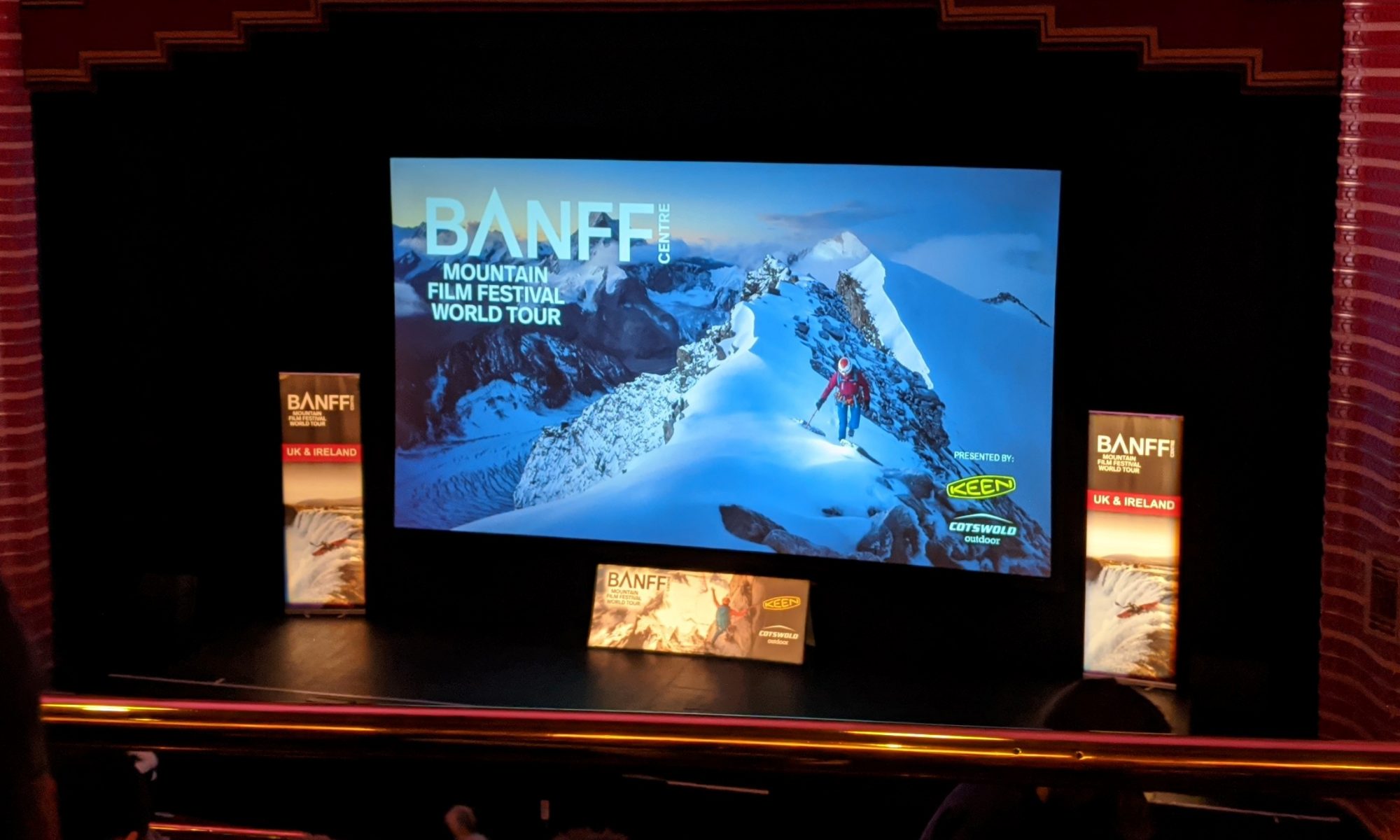 The Banff Mountain Film Festival tour came to the New Theatre in Oxford on Tuesday 28th January 2020. The Oxford showing featured the “red” program, the other being “blue”, and you can see both lists of films here. I had not attended a film festival for years, but had grown up with Tropfest in Sydney, and was excited to share my enjoyment of film and adventure with friends.

I expected that a film festival about adventures involving mountains would include action-camera and drone footage, and the intense video game quality of Charge met those expectations.

You can watch Charge via Salomon TV on YouTube.

The rags-to-riches story of the eponymous South African trail running champion left me wanting to go out and get in some more miles. There is a beautiful simplicity to running, and the wide shots of Thabang running over dusty roads exemplify it.

BASE jumping is an incredibly dangerous sport, and not one I aspire to. This tiny 3 minute spectacle did make what is often seen as a stunt for adrenaline junkies feel closer to an art form, whilst also getting the audience’s hearts pumping.

Sarah Outen’s story intertwines the physical challenges of attempting to circumnavigate the world by human power alone, with the psychological challenges of poor mental health and grieving for her father. It is intimate, inspiring, and often raw in a way that makes the alien experience of spending months alone at sea relatable.

Nouria Newman kayaks solo through 375 km of rapids to join the Indus river. This film, and films like it, convert a geographical fact (850 cubic meters of water per second) into a tangible sense of the power of a river that cradled one of earth’s earliest civilizations. Newman took a self-admittedly stupid risk, and very nearly paid for it with her life, but the story (and her courage) is compelling.

You can see the Ladakh Project on Newman’s sponsor’s website here.

Slacklining, something I am mostly familiar with as a side show to rock climbing and university student picnicking, is brought into the political realm by two teams, one Mexican and one American, working together to cross the Rio Grande. Having crossed land borders in Europe absentmindedly, it is still a little shocking to remember how intensely polarised the debate is regarding migration in the US.

A humorous documentary on speed climbing (a new sport in the upcoming Tokyo Olympics) featured interesting interviews with the setter of the defining route (slapped together in 3 hours), the aesthetic Iranian team, and a slew of athletes who will be contesting gold medals in only a few months time.

Danny MacAskill demonstrates his cycling skill over a series of stunts towing a bicycle pram. This fun video showcases some beautiful Scottish landscapes and elicited the most gasps and groans from the audience of the night. It reminded me of the similar Road Bike Party videos, which also feature Danny.